When I get to Perth I’ll have to crate up the KLR650. I don’t know anyone in Perth so it’ll be a bit of a challenge. Southbank BMW came up trumps here, giving me a crate in Melbourne so I can send the Enfield home. They’ve also put me in touch with a BMW dealer in Perth who can do the same. Cool!

The crate itself is light but strong, and there’s plenty of room for an Enfield. The Kawasaki will need to have the front wheel removed, but that’s not really an issue. I’ll see how I go packing the Enfield, but it looks like it won’t be a problem. Room for a few personal effects too!

Another little problem fixed. Now I just need those nice Russians to grant me a visa. Fingers crossed, as I hear the UK have stopped issuing visas to the Russians. Governments eh? 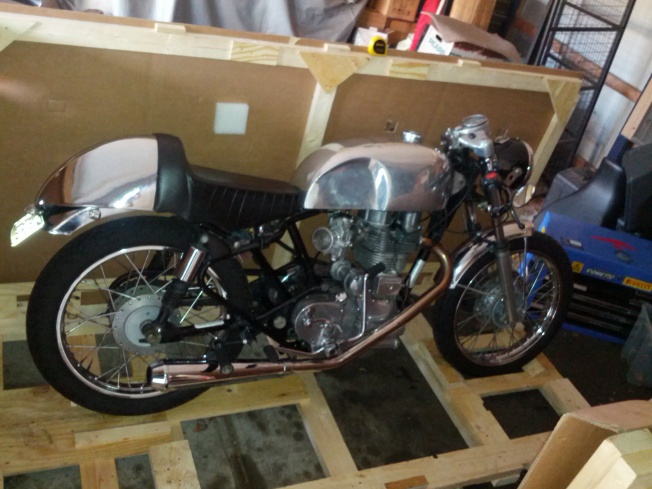