This morning I went for a walk around Riga. From what I saw last night it looked like a good spot, so I wanted to check it out during daylight before leaving. Tallinn isn’t that far so I had time.

The churches and town hall are impressive, as is the new library – which caused a huge political storm when it was being built. It took 25 years to complete and over a year to install the books, which is still an ongoing job!

Pride of place though is the freedom monument. It was opened in 1935 to commemorate the victims of the 1918-1920 Latvian independence war. During the soviet occupation, it was considered for demolition! (But saved by a prominent soviet artist). Laying flowers during the occupation could land you a prison sentence!

Today it stands proud and is guarded by two soldiers. It’s an impressive sight next to the well kept gardens and canal. 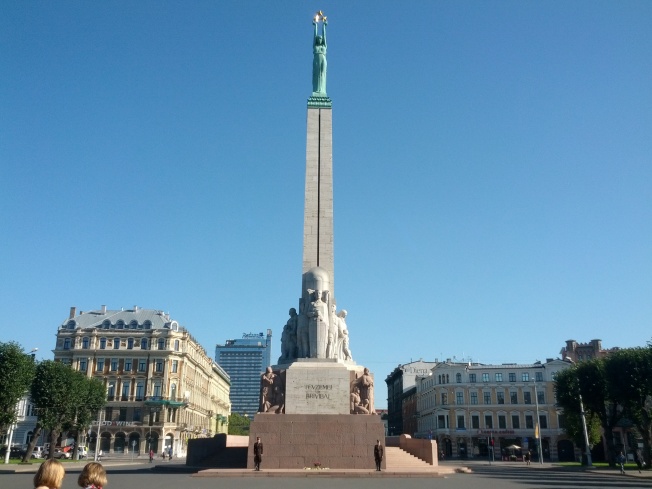